In the month of May 2017, one of the buildings from the Buildings Alive program which showed notable results was 20 Smith Street in Parramatta. Look at its results, and the strategies used to achieve them! 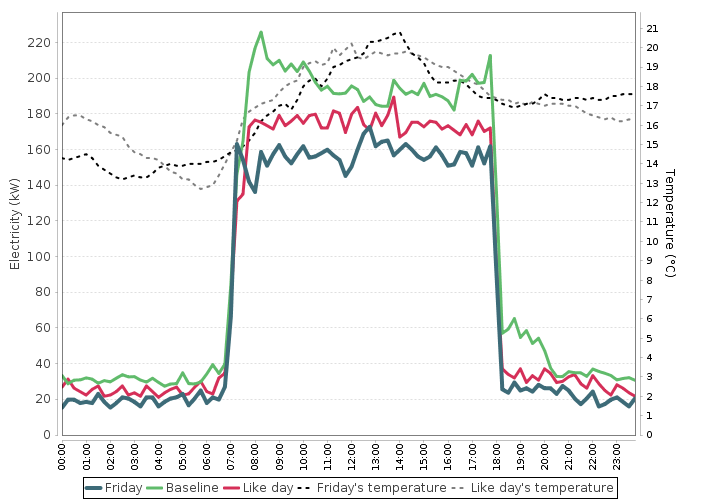 Since starting the service in June 2015, the FM team, BMS team and Buildings Alive have worked together, using the daily REF messages to measure and verify various tuning initiatives. Significant energy savings were made through improvements to automation control strategies, including:

When looking at weather-adjusted performance from Jun 2015 until now, 20 Smith Street has saved a total of $27,980 in electricity.  This equates to approximately 102 t.C02-e of greenhouse gas emissions mitigated.  The tracker graph shows the weather-adjusted performance during this period. It is impressive to see that the savings are becoming increasingly significant during shoulder seasons from 2015 to 2017.

These results can be seen below in the graph of energy usage. Lines in red represent an increase in energy usage compared to the normalized baseline, and lines in green represent a decrease, or improvement. The dotted line shows the “moving average” saving which by the end of May 2017 had reached average daily savings of approximately 20%. It is worth noting that record breaking heat in summer 2017 resulted in most buildings operating their HVAC systems at close to their maximum capacity, resulting in unprecedented performance that falls outside the bounds of the model’s expected behavior and with few opportunities for energy savings during that time. 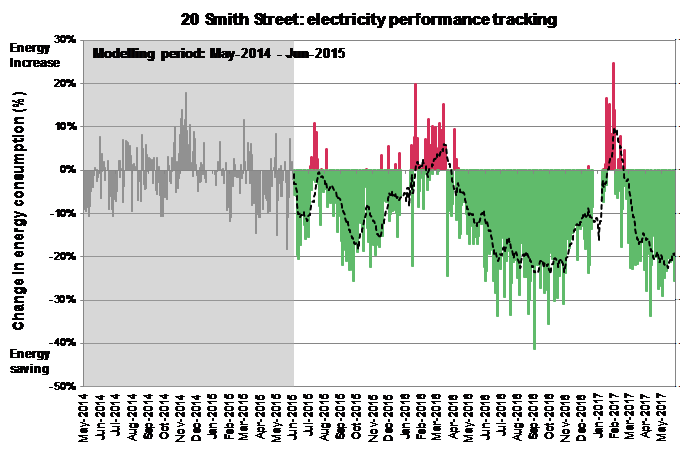