A building that showed great results in August is 64 Northbourne Avenue, Canberra. An active facilities management team has worked together with Buildings Alive, BMS and mechanical contractors to identify and act on controls issues that were causing the building’s performance to slip. The Buildings Alive REF messages show the difference before and after the FM team identified and rectified the issues.

A holistic approach to BMS tuning

The Buildings Alive daily REF messages showed that 64 Northbourne Ave’s performance had started deteriorating. The new facilities management team investigated some suspicious points on the BMS, identified during one of Buildings Alive site visits, and found there were several control issues and tuning opportunities available in the BMS.

Results before investigation and tuning initiatives:

The efforts to get the building back on track had great results, and on the 5th of September 2017, the building has used 14% less energy than REF’s baseline, as shown in the REF message below. 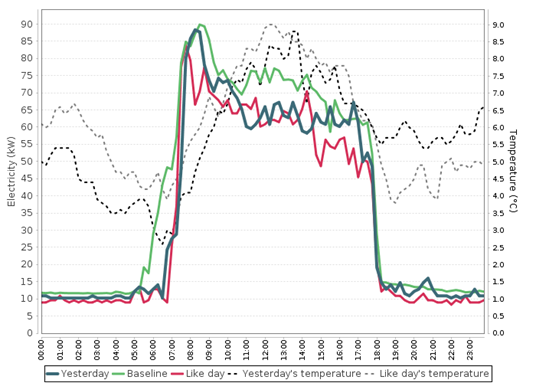