High and dry in NSW

Sydney’s recent hot and dry weather has been unusual – not only has October 2013 had days of extreme heat, which are usually associated with the peak of summer, but the moisture in the air has been strikingly low. This extreme combination presents challenges for the normal operation of buildings, as well as for benchmarking the performance of buildings.

Compared with the average October temperature of 2009 – 2012, October 2013 has been 2.5C hotter. October 2013 has seen temperatures over 25C for 19% of the time, compared to only 4% during the past four Octobers. Sydney reached temperatures over 30C for 7% of the time this October, in comparison with the October’s in 2009 – 2012, where we only reached temperatures this high 1% of the time. The graph below shows the higher frequency of warmer temperature in October 2013 in red. These hot conditions have led to significantly higher than ‘normal’ energy consumption in buildings, which poses challenges for typical benchmarking where weather adjustments are not in place. Every building will use more energy compared with a historical baseline which is 2.5C cooler. Clearly weather adjusted benchmarking is critical. 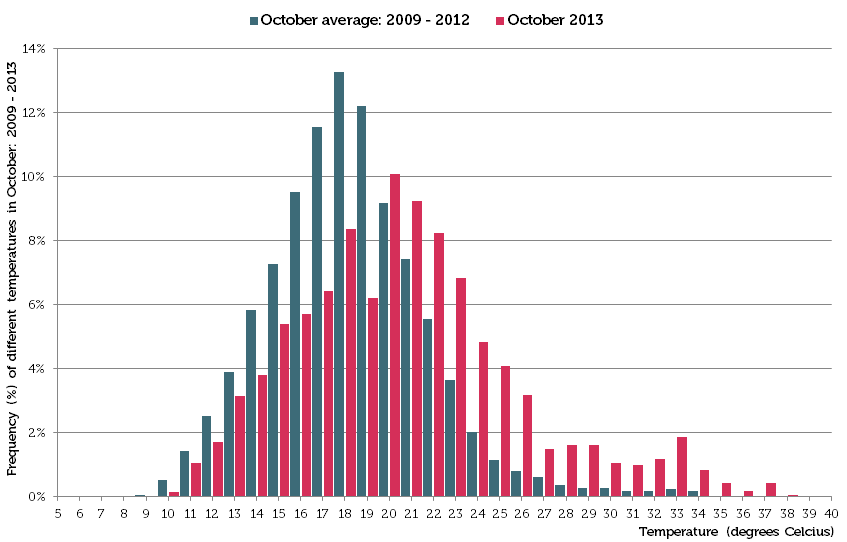 Sydney has not only been experiencing extreme temperatures, but it has also been extremely dry. Rainfall in October 2013 has been 3.7 times lower than the average rainfall for October between 2009 – 2012. This lack of rainfall has translated into a lower ‘moisture content’ in the air, meaning that the 30C+ days were both hot and dry. When comparing October 2013 against the last four years of 30C+ days, the moisture content in the air during October 2013 was only 5.4g moisture per kg of air, in comparison with 12.9g/kg in the preceding four years. The air’s moisture content also affects a building’s energy consumption, because cooling towers operate more efficiently when the air is dry. 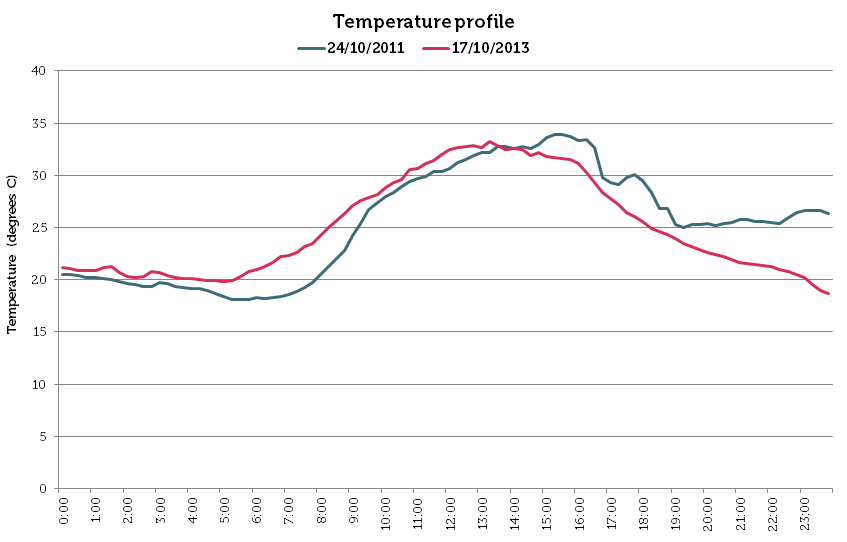 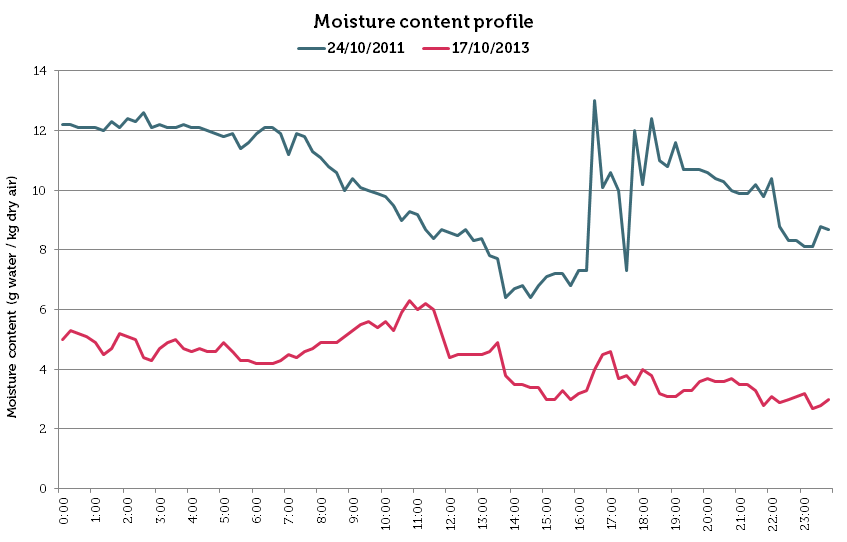 These extremely hot and dry October conditions lead us to the question, how much more energy should a building be ‘allowed’ to use in October 2013, compared to its four year history? Based on our weather adjusted modelling, taking into account the higher temperatures, but lower moisture content, we’d say that a building should be ‘allowed’ to use about 7% more electricity than its October history and still be consider an ‘average performer’. But then your building isn’t looking too good if you’re just comparing it against last year…

Not only does October 2013 show the necessity of weather normalised modelling, rather than simply comparing this year to last year, it also highlights the challenges of using statistical modelling to benchmark the performance of a building in such extreme weather, where there is little precedence for this weather in a building’s recent history.

Notes: this blog was written over the weekend, and since then it rained 28mm on the 28th October

Notes: this blog was written over the weekend, and since then it rained 28mm on the 28th October